Borkumriff IV is known as one of the iconic and classic schooner yacht at 50.58-metre height. Recently it has been listed for sale. It was completed by Royal Huisman, the famous Dutch shipyard in the year 2002. The exterior lines of it are from the drawing made by John G Alden, a well-known designer from the US. Dykstra Naval Architects, a studio based out in Amsterdam has contributed to the architecture of the yacht. The sailing yacht currently for sale has two masts and sports a hull made fully of aluminum. The total volume of the yacht’s superstructure is 254 GT. 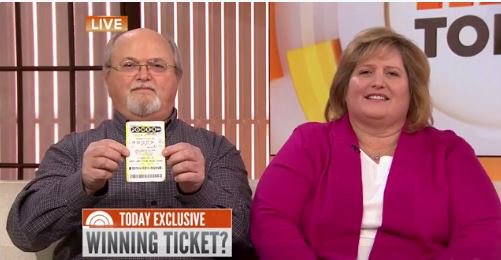 The yacht for sale, Borkumriff IV has been maintained and is in perfect condition since the time she was built. She features interiors that are made by John Munford which gives a homely effect to the guests. The interior designs have got its inspiration from the spirited sail age. The classy look of the deckhouses complements the sheerness of her body. The spaces below the deck have a soft look because of the teak wood and mahogany that has a panel with a light stain on it. The white overheads of the yacht are great to look at. The guests can enjoy natural light which is abundant for Borkumriff IV.
END_OF_DOCUMENT_TOKEN_TO_BE_REPLACED

The 52nd EDHEC Sailing Cup 2020 is going to take place from 17th to 25th of April and the organizing team is currently busy with its preparations. The event will be organized at Arzon in France. This is the biggest student sporting events all over Europe which is looked after by this student association. More than 3200 participants come down every year from over 160 universities from across the world. They compete against each other for 3 trophies. The Sea Trophy is given for the regatta, The Land Trophy is awarded for the best multi-sport raid event, and The Sand trophy is presented for the sports events that are played on sand. 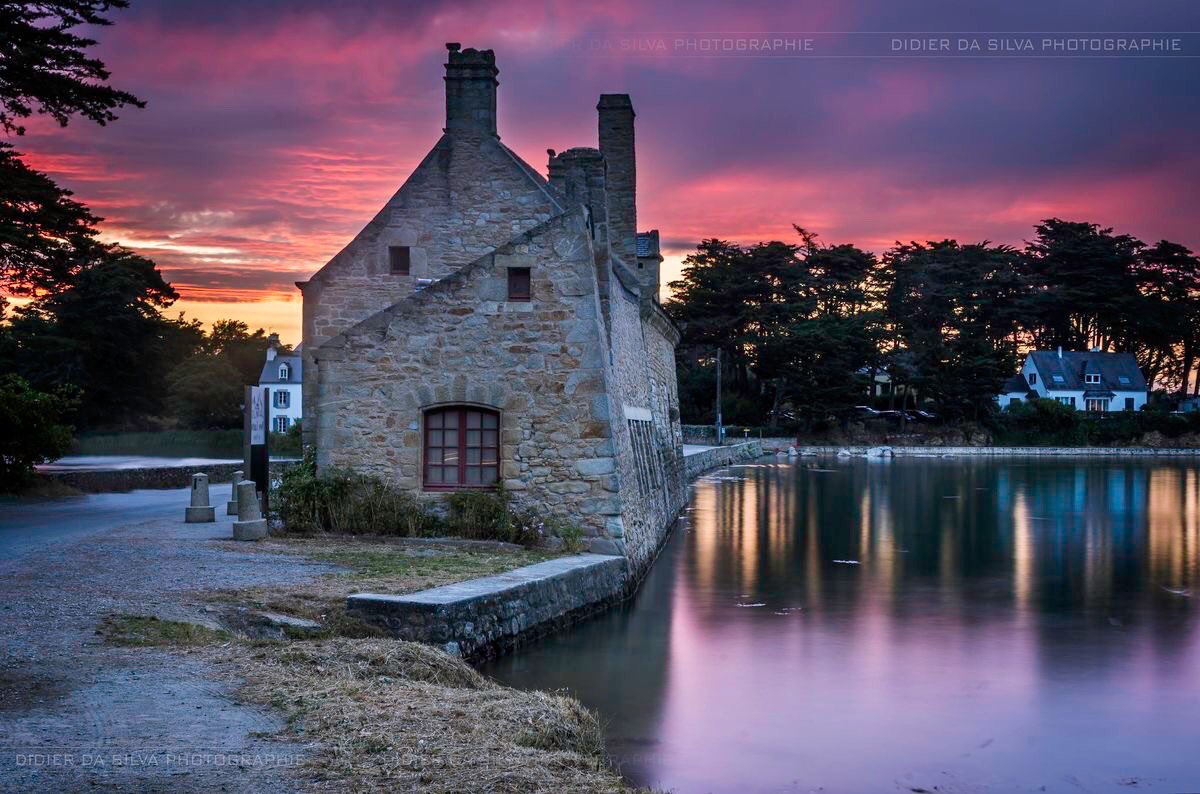 The participants from different nations take part in various sports competitions for a span of one week. In the evening, all of them join together at the Night Village which is under the Chap’. It is the largest short-term club where parties are arranged. These parties are considered as the most unforgettable ones in the lives of the participants. The event can be seen as something beyond just a competition. END_OF_DOCUMENT_TOKEN_TO_BE_REPLACED

Yale co-ed along with the sailing team comprising of women heads towards warm water after winter during the spring break.

The first place victory has been secured by the Bulldogs at the regatta of Navy Spring Women on 9th and 10th March and also at a regatta of St. Mary’s Women’s Inter-conference in the next weekend. At Roger William University, the co-ed squad obtained Friis Trophy. Another 2 groups of co-ed also raced towards success at Boston University and Coast Guard. This paved a course for a robust spring season.
END_OF_DOCUMENT_TOKEN_TO_BE_REPLACED

The Hinckley Yachts are popular for its classic, seven-figure luxury picnic boats. It is opening its new yacht service yard in Annapolis.

The Yacht Services has a location in Oxford already on the Tred Avon River. Now, the company says its new yard is on Whitehall Creek and it is more convenient for some of the big metropolitan markets like Baltimore and Washington, D.C.
END_OF_DOCUMENT_TOKEN_TO_BE_REPLACED 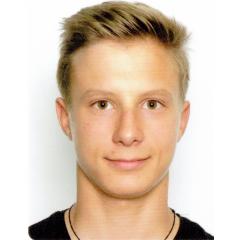 Two sailors from Italy named, Margherita Porro along with Sofia Leoni received gold in Girl’s 29er however, the disappointment found when only few points have separated the both of them from front runners in the rest of the eight fleets. Sanya has saved on the final day because the weather was quite sunny and 12 knots steadily moved towards the east direction.
END_OF_DOCUMENT_TOKEN_TO_BE_REPLACED

The SuperFoiler series that was held in December 2017 had a single female skipper in the series. Olivia Price made headlines to be the only female skipper to be part of this series. However, this is hardly a novelty for her as she is a match racing champion as well as a silver medalist of the Olympics.

There had been much speculation before she was officially declared to be skipper of Kleenmaid SuperFoiler. The boat was also one of a kind that was put in the Australian waters for the first time. She admits that initially she was hesitant about taking on the responsibility to race in this series against fellow skippers who were either winner in the America’s Cup, were fellow Olympians or were World Champions. Hence it was a daunting prospect to compete with such athletes, irrespective of gender. However, she was ready for the challenge and she assembled crew members who had won similar races before and could upset the big names in the field as well.

Olivia, at 25 years of age, was joined with world champions and compatriots on board the Kleenmaid SuperFoiler. The boat would be sailing the Grand Prix circuit and the series will kick off in February 2018. Olivia says that they are thrilled to have a new concept boat to sail that will surely enthrall the viewers. The team will work to harness the power of the SuperFoiler so that they can sail the boat to its optimal potential.

The skipper admits that the machine can sail at 80 kilometers an hour. Hence the crew needs to master controlling the super fast craft. The crew is currently focusing on mastering the boat and maneuvers that are needed to control the boat. The current month will continue in training whereby there would be five other SuperFoiler machines that would be added to the circuit as well.

The Engelaer sailing yacht Reesle 30.4 meters is going to be refitted and it’s refitting has been started at Claasen, which will continue for eight-month of winters. 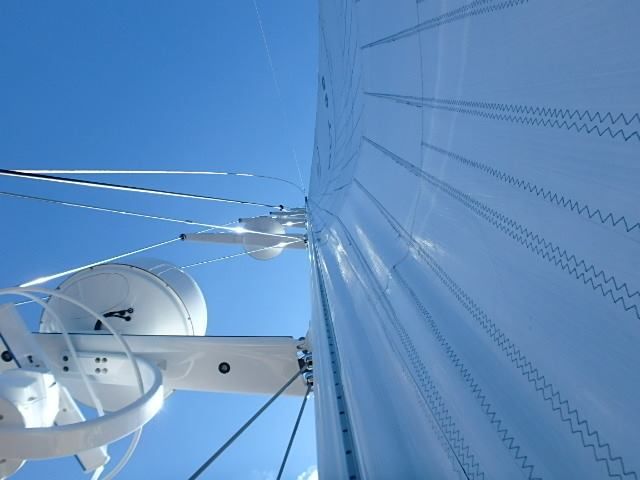 The information has been revealed by the Dutch yard.

The yacht has a great style inside and out and it has been designed by Hoek Design the Naval Architects, this yacht schooner-rigged and it has been crisscrossing the oceans after her launch back in 1995, taking in a number of high latitude grounds of cruising such as Russia and Scandinavia. The yacht has all-aluminum body, and I can accommodate up to eight guests in its four rooms and four crew members. The interior of the yacht has the space of 100GT.

Her refit is done to make it prepare for the round-the-world cruise trip that it is going to take in the next year to New Zealand. END_OF_DOCUMENT_TOKEN_TO_BE_REPLACED

The preparations for the Round the Island Race are in full swing. It is slated to be held on July 1.

This event will be held in association with the Cloudy Bay. The Island Sailing Club that is hosting the event is looking for a very good participation. They had total entries of 1500 last year and are hoping that the race will attract as many sailors this year too.

The head of Race Management Dave Atkinson is very busy putting the final touches to the most awaited race of the year for many budding sailors. He says that this is one of the iconic races in the sailing calendar that many sailors always look forward to. It is a race where they can have loads of fun and also great merriment. Sailors with all kinds of personalities and abilities take part in this one-day gala sailing event. END_OF_DOCUMENT_TOKEN_TO_BE_REPLACED

The Regatta and Oakcliff Sailing Center, Jr. Memorial Clinic, C Thomas Clagett along with the Waterfront Center in Oyster Bay, New York have created the match race for disabled sailors.

This initiative was taken to fill the gap for disabled sailors giving them an equal opportunity to take part in the racing to experience the competition like any other sailor. The launch event had 8 teams along with coaching offered by Dave Perry, the renowned match racer. Perry will soon return to train the sailors this year with 10 Sonars made available for the participants.

The event for 2017 is likely to schedule from 25th to 27th of August. The initial one and a half days would be fully dedicated to practice and coaching followed by match racing for the remaining one and a half days. END_OF_DOCUMENT_TOKEN_TO_BE_REPLACED

The Laser Olympic sailor Cy Thompson is the winner of the 2016 Virgin Islands Sailor of the Year Award.

This award was constituted by the Virgin Islands Sailing Association (VISA). This is a proud moment for Thompson and his hard work, achievements and work ethics are some of the reasons that he has been awarded this prestigious recognition.

The president of VISA, Phillip Shannon, said that Cy earned an early qualification for Rio 2016. He had the opportunity to train with some of the best sailors in his class for about 18 months. He was determined to make it big at the Rio Olympics and hence he deserted his personal life and business ventures and concentrated on just training for the last 9 months. This is a remarkable courage and determination by the Laser sailor and one that every sailor must follow to achieve results. END_OF_DOCUMENT_TOKEN_TO_BE_REPLACED